Bushfires: We must rethink before we rebuild
Suburban planning models are not suitable for bushland – so why would we continue to rebuild with them?
Friday, February 21, 2020 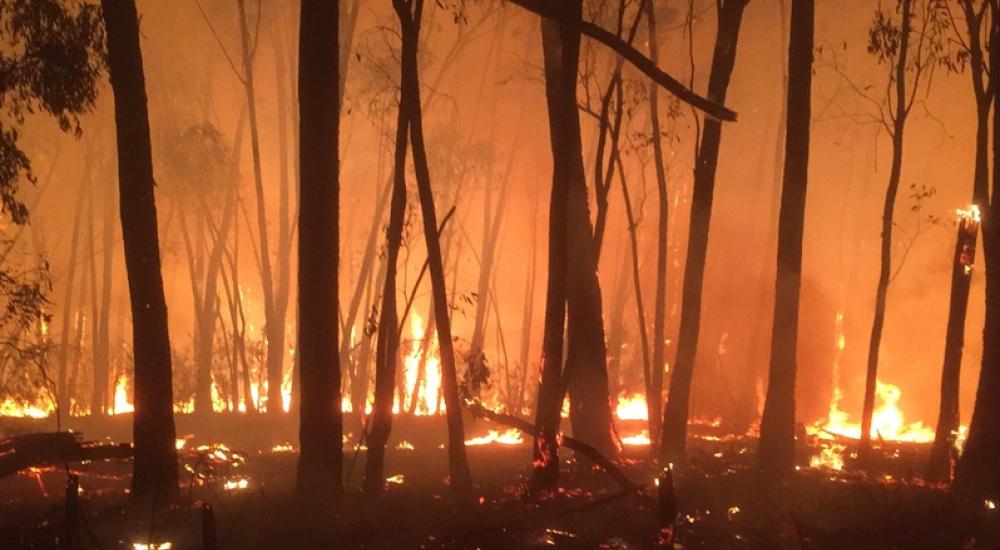 Recent bushfires have devastated large areas of land across Australia.

Cookie-cutter planning approaches which fail to address urban sprawling issues are leaving dwellings in bushfire zones at high risk, urban designers from UNSW Built Environment have warned. The temptation to rebuild quickly with these models in the aftermath of the bushfires could lead to further catastrophe, they say.

"We have areas of urban sprawl embedding into bushfire hazard areas…and their unsuitable suburb design leaves them prone to the risk of bushfires," Dr Hawken says. "At the same time… our desire to be closer to nature means that traditional urban dwellers have moved into bushfire risk areas, and they're not as prepared for the risks and how to manage those."

Inadequate planning paired with a tendency towards short-term solutions exacerbates the situation.

"We're not fighting a battle against nature – these are socially constructed disasters. Not just in terms of climate change, but in terms of the reactive response rather than long-term planning," Dr Hawken says.

"There's an emphasis in Australia on emergency response, rather than taking a long-term approach…which requires a real focus on place and the adaptive capacity of different settlements."

Dr Hawken believes that the standard rebuilding response is not only short-sighted but also insufficient in scale given the severity of extreme climate events.

"The individual buildings and building codes and the superficial management of vegetation, narrow landscape buffers as a defence – it is all small picture. These fires are on a previously unimaginable scale, so we need a comparable large scale response in terms of how we design our settlements, how we keep them cool and how we adapt to these extreme climate events."

Dr Hawken says that at a fundamental level, we need to address the manufactured water shortage not accounted for in planning policy.

"Specifically, we need a water-sensitive urban design approach in increasingly dry and fire-prone landscapes…well before the landscape dries out and becomes a risk," he says. “At the moment we pump water into our suburbs and then remove it after its polluted. This waste water needs to be re-cycled to maintain settlements as well-watered ‘oases’.”

"There's no reason why we shouldn't have tanks in reserve, and more defensible compact communities which can then draw on these water sources to modify the ecology of the settlements so that they don't dry out. We need a whole of environment approach that takes into consideration the ecology and urban pattern at the same time."

Dr Hawken says that rather than having communities move into vulnerable bushfire-prone landscapes unprepared, they need to be supported to play an active role in managing local environmental conditions.

"They can then ensure the vegetation is well watered, and the soil profile remains moist through water-sensitive urban design and water-recycling approaches. This can guard against the dangerous drying of the landscape that has placed our settlements at risk," he explains.

Dr Hawken says that urban planners and developers must work together with emergency services on defensive urban design for bushfire prone areas.

"A broader approach that brings together the cross-section of expertise is necessary for shaping future settlements but also retrofitting existing ones," Dr Hawken says.

Assessing the suitability for rebuild

Senior Urban Designer at Hill Thalis Architecture and Lecturer in Urban Development and Design at UNSW, Benjamin Driver says that not all bushfire prone areas may be suitable for reconstruction because of the elevated risk in a changing climate.

"We actually have very good bushfire requirements in terms of architectural and building code requirements for new homes and people living in bushfire zones, so that isn't the issue," Mr Driver says. "Many of the houses lost have been built in previous decades, without those controls in place, and a lot of people will be underinsured and cannot rebuild to the current standard."

He says that we need rethink the way we talk about and classify bushfire zones, beyond the planning controls, legislation and zoning diagrams at a basic level.

"Generalised controls like this do not necessarily reflect the complexity of the local micro-climate and topography and the changing climate," he explains.

Mr Driver is teaching a bespoke design studio on defensive urban design for bushfire prone areas at UNSW Built Environment. He says the bushfires are unprecedented, and so the response to them also needs to be unprecedented.

He is calling for a total reassessment of planning for bushfire zones: from the city planning policy to the makeup of the suburbs infrastructure, street character and building types – “everything”.

"The layout and structure of the suburbs are crucial – this 'cul-de-sac' suburban model makes it extremely difficult for people to get out of, and in terms of emergency access, to get into," he says.

"It could be the case that with the perfect storm of conditions, fires in the Blue Mountains could've entered into Western Sydney, tens of thousands of homes could be lost. Then we're entering into a whole new scale of devastation.

"We can't be doing this every year. It takes people decades to recover, the environment decades to recover, if at all. We might even have to make some very tough decisions in the future, about whether building in some areas in the bush is just too much risk."

"Rather than dealing with disaster at a superficial level we need a whole place-based approach to resilience, and for that to happen we need a national policy which links to a deeper engagement with urban design than what we have in building codes," he says.

"Year in, year out, we know the bushfire hazard and risks. We need to act on these expert opinions, rather than shelving them – in the heat of a fire it is too late."