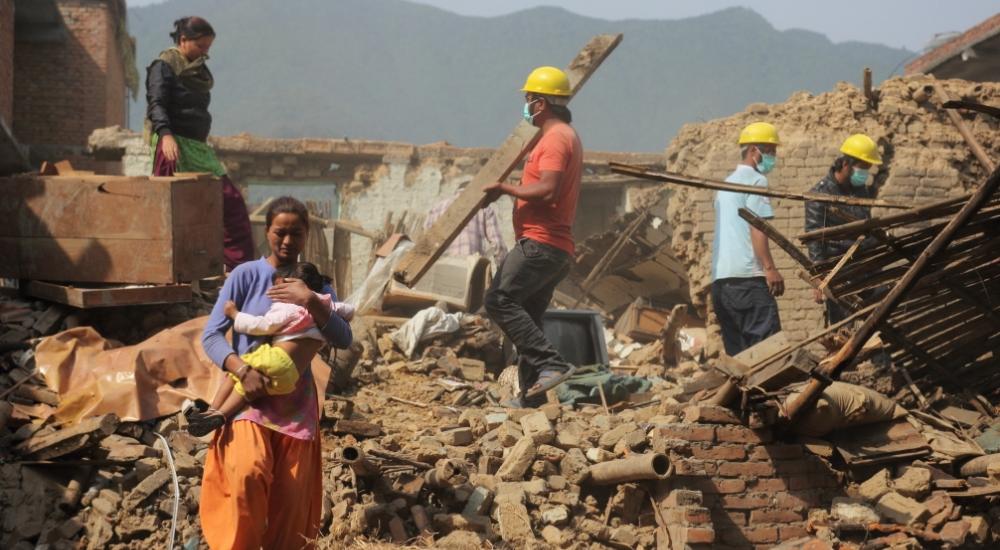 While natural events like earthquakes, windstorms or bushfires can trigger large-scale disasters, corrupt practices often make these occurrences worse. Corruption in the construction industry particularly – whether it involves governments, companies or individuals – means poorly constructed buildings can collapse more easily when an earthquake or cyclone strikes.

It’s no coincidence that such tragic events occur in countries where corruption is at its worst.

Professor David Sanderson, Inaugural Judith Neilson Chair of Architecture at UNSW Built Environment, has worked in humanitarian aid for almost three decades. He says over the years it has become apparent that disasters can be mitigated or, in some cases, prevented by focusing on vulnerability and not the hazard itself.

“A lot of the problem is societal,” he says. “Taking shortcuts in construction, building on dangerous ground or ignoring building codes can cause problems later. Earthquakes, floods and cyclones can be the real test of this, leading to deaths, injuries and damage that are avoidable.

“Disasters aren't only natural, and there's a lot we can do to prevent suffering and loss of life – as people, individuals, institutions and NGOs – to reduce their impacts by taking action. That means regulation, transparency and accountability.”

Professor Sanderson is doing just that, thanks to a grant from philanthropist Judith Neilson and a partnership with researchers from University of Technology Sydney (UTS), Harvard Humanitarian Initiative (HHI) and an Indian NGO, SEEDS. The Corruption and Disasters Research Initiative (CADRI) aims to pioneer a new area of cross-disciplinary research and action in vulnerable urban environments that highlights the impacts of corruption on naturally triggered disasters.

The researchers have completed a global literature review and have not found much that overtly combines disasters and corruption. While there's a lot on disasters and on corruption, there’s not a great deal on the overlap.

“That’s not a surprise,” says Professor Sanderson. “Corruption by its very nature is hard to track and identify.”

The group’s next step is to extract lessons from the literature review. They have been mapping who the actors are, and where the worst disasters are.

“In the context of climate change, these might be cities and coastal areas in low- and middle-income countries”, says Professor Sanderson. “In particular, poorer people living in cities, who are almost always the most vulnerable.”

CADRI will build alliances and partnerships as well as learning from digital and social media efforts, including initiatives such as I Paid A Bribe (ipaidabribe.com). The Indian website encourages individuals to report bribes they have paid or resisted with the aim of improving governance and tightening law enforcement to reduce the scope of corruption.

“We're at the beginning of building a long-term piece of work around evidence-based practices that has global impact,” says Professor Sanderson. “That’s why we [UNSW Built Environment] are keen to partner with other practice- and research-based organisations from around the world.”

As part of the initiative, Professor Sanderson is organising a two-day event to be held in early December. The Second Urban Resilience Asia Pacific Conference (URAP2) will focus on transparency, bringing together researchers and practitioners from across the world to identify practical evidence-based tools and approaches for tackling corruption.

“We can’t control the earthquake or the cyclone,” says Professor Sanderson. “But we can do a lot to lessen their effects on people’s lives. Reducing corruption is a big part of this.”