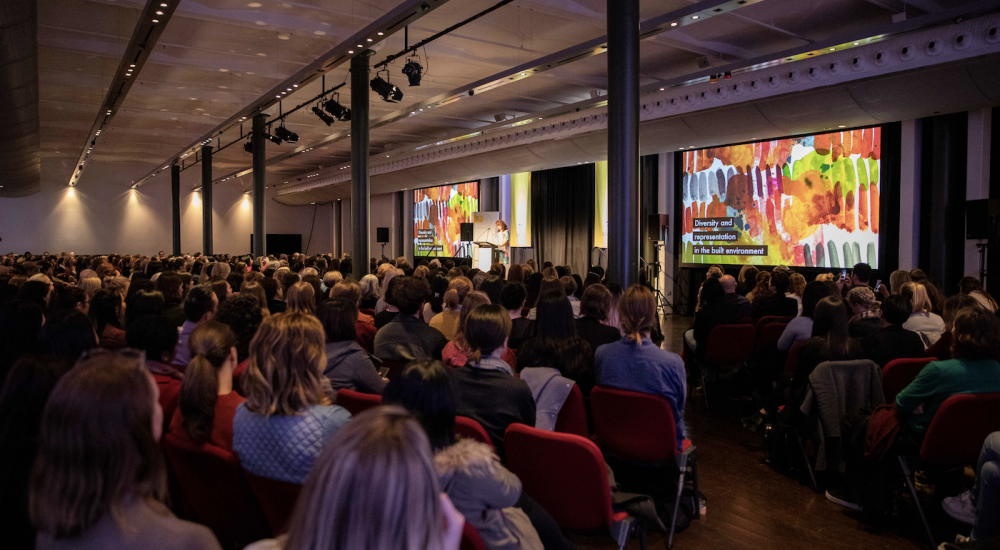 “We need to change this,” she says.

The event was initiated to highlight the lack of equity in the built environment industries by showcasing the diverse and extraordinary achievements of women working in the sector.

For Prof. Lochhead, it is important to keep driving towards 50 per cent representation of women in leadership roles across the traditionally male-dominated industries.

The panel focused on issues such as workplace practices and gender equity as well as celebrating progress within the industry.

They also shared insights, candid advice and observations on how the industry is tracking towards the goal of having 50 per cent representation of women in leadership roles.

Alison Mirams has worked in the construction industry for at least 25 years and is currently the CEO of Roberts Pizzarotti, with a 60 per cent ratio of women who are represented in her executive team.

“If you slice us vertically, the company is 32 per cent female,” Ms Mirams says.

After winning the tender for the Concord Hospital project, Ms Mirams and her team established a five-day working week to combat high divorce and suicide rates as well as presenteeism, or working beyond your required hours, prevalent among the construction industry.

“One construction worker every second day dies from suicide in this industry,” Ms Mirams says.  “They’re not statistics that we can necessarily change but we can influence them.”

She says feedback on the five-day working week has found employees to be happier, have better relationships with their kids and partners at home, and less depressed. This has made for a more efficient and productive workforce.

Fellow panellist Professor Linda Corkery is the first woman to have become a professor of landscape architecture at UNSW where she currently teaches.

Along with two other colleagues, she is promoting a pilot project related to the Randwick Health and Education precinct development.

This project will give BE researchers the opportunity to carry out research and generate findings on the therapeutic value of nature and landscape elements in hospital settings and health care facilities, she says.

Examples include “healing gardens, productive green-roofs and community gardens, green walls and even pot plants by the bedside,” she says.

On her vocation, Prof. Corkery says she wishes someone had assured her that heading into a career was not necessarily a straight line and to be comfortable with that.

“And [had advised me] to also learn to develop resilience and flexibility and be able to deal with the things that are going to get thrown my way.”

Abbie Galvin recently switched from the private to the public sector, when she was appointed as NSW Government Architect after 30 years working on public, health, education research and commercial projects.

“Architecture is too often seen as a sole endeavour when it is actually one of extraordinary collective participation,” she says. “In our need to give attribution to the single genius, we dangerously over-simplify the creative process.”

Ms Galvin is the first woman in 200 years in her position, and says the only way society is going to enable women to sustain meaningful participation in the workforce is to have a fundamental change in our approach to work.

“Work-life balance simply cannot be a woman’s issue,” she says. “It must be an issue that faces men, women, the old, the young, those with family and those without.”

Ms Galvin has won many national and international architectural awards for her projects, including the highly regarded AIA Marion Mahoney Griffin Prize for a distinctive body of work in the field of architecture, which she acknowledges as a team effort.

Dr Cathy Smith is a senior lecturer in interior architecture at UNSW and the inaugural recipient of The Turnbull Foundation Women in Built Environment scholarship – an initiative of Lucy Turnbull AO, Australian businesswoman, philanthropist and UNSW adjunct professor and alumna.

Balancing caregiving and working, she believes in the value of workplace flexibility and non-linear career trajectories.

“I am strategically geared towards engaging community and governance,” Dr Smith says. “But I do embrace opportunities in an unconventional way.

“So, I’ve found it’s really helpful to think of your career as a design problem that doesn’t necessarily have a straightforward solution.”

Min Kong is an industrial designer and the only female in a team of 20 at Breville.

“Speak your mind. Talk about what you know and what you’re passionate about,” Ms Kong says. “I think that is really the key.”

Prof. Lochhead says there is often an attrition of women from the built environment professions as women’s careers are interrupted or stalled due to unequal opportunities.

“This has been highlighted again during pandemic,” she says. “Women have been disproportionately impacted with reduced working hours or job losses and increased caring responsibilities.

“We need to support women to ensure they can realise their potential in whatever path they take.”

Since her tenure, the number of women professors in UNSW Built Environment has increased from 15 to 40 per cent which “far exceeds the national average”, Prof. Lochhead says.

And her faculty leadership team is now also more than 50 per cent women.

This progress parallels reform in the architectural profession’s peak body [the Australian Institute of Architects] under her leadership as National President, she says.

UNSW’s first female graduate of architecture – the late Associate Professor Anita Lawrence – was also commemorated as a trailblazer during the event, and it was announced that she had bequeathed a donation of $2.3 million to support PhD students researching architectural acoustics.