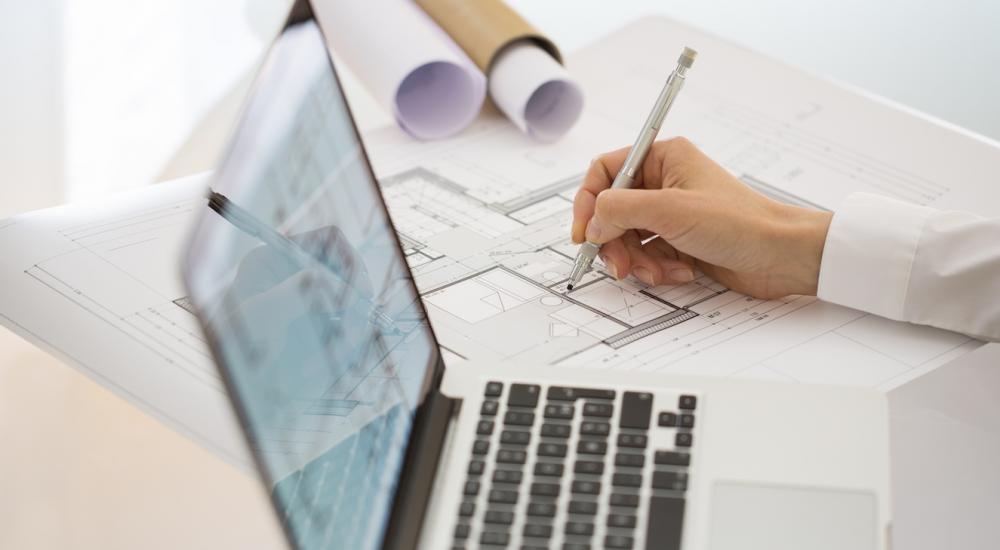 With open source and the right materials, it could be possible to construct a house with a design downloaded from the internet. Photo: Shutterstock.

We’re now living in the age of digital disruption, with Uber, Airbnb and other platforms rising to prominence. Whether it’s the share economy, Internet of Things, or the open-data movement, no industry will be left untouched by emerging technologies – architecture included.

Cristina Ramos Jaime, Associate Lecturer in Computational Design, UNSW Built Environment, says it is merely a matter of when a similar digital disruption will transform architecture.

She says open-source tools, in particular, could radically change the operations and services of architecture. But it could also address some of the most significant urban challenges of our time.

“A lot of good architecture and engineering firms are beginning to recognise open source for their business needs internally,” the associate lecturer says. “In fact, we’re already seeing an increasing demand for graduates who can not only draft but have the skillsets in developing open-source tools.

“But we also have the responsibility to collaborate and help in solving global humanitarian challenges […], and we believe making design tools open source can have a tremendous impact on the world.”

Open-source housing is affordable and adaptive

Modelled on open-source software that anyone can develop and share, the idea of open source in architecture is to make design assets freely available. Computational designers are already authoring algorithms to generate architectural solutions using open-source principles, Ms Ramos says.

“For example, we can produce a specific design for a school located in a remote area,” she says. “Or instead we can share the code, and someone in that part of the world can download it, modify some variables, and adapt the school design to different environmental conditions [and] number of students.”

“It also means that the user has an active role in the design process, providing valuable feedback that the designer can use to improve and optimise the tool.”

Meanwhile, modular design and prefabricated structures are becoming increasingly sophisticated, with many new and affordable ways to build housing elements emerging. Combined with open-source designs, it would make it entirely possible for people to construct a home with a design downloaded from the internet.

Ms Ramos says it has the potential to address the global housing shortfall.

“Developing the parametric design tool is a one-time investment, but afterwards, it can be reused as many times as required, so you don’t have extra costs for creating different versions of the same original idea,” she says.

“By reducing the cost this way, it means that more people can access architecture, and that’s always something positive, as everyone has a right to have a home.”

Under Ms Ramos’s tutelage, computational design students are currently developing open-source residential, educational and healthcare designs for and in collaboration with NGOs, including UNICEF.

“The students have actually developed a set of parametric design tools for the NGOs so that they don’t need to depend on an architect to perform modifications. Instead, they can use the tool to produce several variations of the same school at a low cost,” she says.

The designs are also customisable, allowing the user to quickly build upon the base design to meet specific requirements related to environmental conditions or the number of occupants, she says.

Associate Professor M. Hank Haeusler says the projects are an example of how computational design can solve the biggest challenges of our time and meet sustainable development goals.

Altering the evolution of architecture

Open source could also shake-up existing architectural business models, Ms Ramos says. But it doesn’t mean that the traditional services of architecture are no longer needed.

Ms Ramos predicts that architecture could diverge into two main types of work, for which computational design tools are key.

“Unique buildings based on complex geometries can start with an expressive sketch done by a brilliant architect. But they also require computational tools to rationalise the facades and transform them into parts that can actually be manufactured and assembled,” she says.

“But when we talk about basic rights of citizens to have access to a home, education, or healthcare, that is where open source and parametric design tools make the most sense – for buildings that need to be produced en-masse, with slight modifications depending on the environmental conditions, cultural context, number of users, to guarantee the standards of comfort and security.”

She says the potential of open source in the architecture field will bring together the best of architecture and computing.

“I think that at some point, the division that we have right now, where architecture and computational design are seen as separated disciplines will vanish, and we will see them merging together very soon,” she says.