So coronavirus will change cities – will that include slums?
Many are speculating about the pandemic changing how we plan and use our cities. What they overlook is how many people live in unplanned settlements where it's more likely to be business as usual.
Wednesday, May 13, 2020 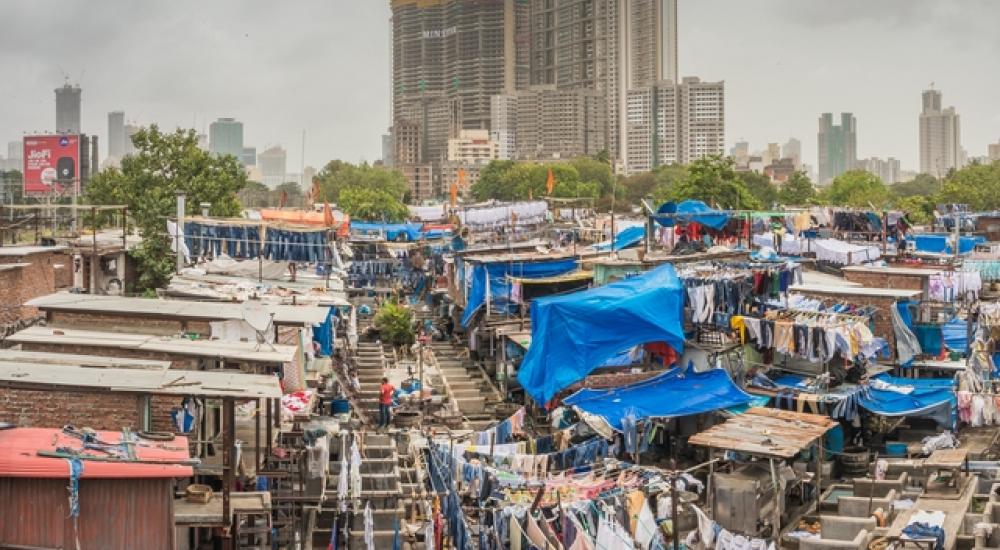 It's estimated that the number of people living in slums, such as this one in Mumbai, may double to 2 billion by 2050. Image from Shutterstock

Many commentators have speculated on how the coronavirus pandemic will alter cities and the ways they are planned and used. New York Governor Andrew Cuomo has tweeted: “There is a density level in NYC that is destructive […] NYC must develop an immediate plan to reduce density.”

Articles about disease and cities have reported on how past pandemics led to civic improvements, such as public health pioneer John Snow’s use of cholera maps, an early form of health-data gathering, to combat cholera in 19th-century London.

But these stories relate to cities in richer countries, which have enough funding and the political will to make changes. It’s hard to see how the COVID-19 pandemic will lead to any better outcomes for the close to a billion or so people who live in fast-growing, low-income, informal settlements, or slums, that cram cities throughout Africa, Asia, Latin America and the Pacific. These settlements are some of the densest and most poorly serviced places on Earth.

Density, the good and the bad

Despite Cuomo’s statement, density for cities is good on the whole. The world’s population is rocketing, with most of this growth happening in cities. Where else would we put all these people?

Density is good for innovation, socialising, economies of scale, fuel efficiency and economic growth. Density, though, is good only when managed and planned. New York’s governor may have a point if he was talking about de-densifying slums in Dhaka, Cali or Freetown. Slum density can be grim.

In these dense settlements, heat stifles, ventilation is rare, light is sparse and families share one room and basic services (thereby worsening the spread of respiratory disease). Density that prevents fire trucks reaching fires, or that lacks adequate drainage, sanitation or piped water supply, is not good.

Health services in cities across the world have ramped up in anticipation of the inundation of coronavirus patients. This has been based on modelling of health data across respective populations, much as Snow did for London. Combined with lockdown and other social distancing measures, there is evidence this has so far mostly worked well (though not a cause for relaxing).

Health risks in slums, however, have been awful for decades. We have little data on the health of slum dwellers, and health care is often out of reach for those who are sick. The paltry numbers of ventilators in African countries attest to the shortage of equipment and support – what chance if you’re poor?

Will coronavirus have a lasting impact on urban planning and how we use cities? Perhaps.

Businesses might be asking why they spend so much on office space when employees have shown they can work from home. Many hitherto-polluted cities have enjoyed much cleaner air during lockdowns. Several European cities are considering lasting zoning regulations to reserve streets for cyclists.

But again, for people living in slums, it may well be business as usual. The coronavirus will be just one more tragedy for many who live in slums.

Take the Ebola outbreak of 2014-16, which killed over 11,000 people across Guinea, Liberia and Sierra Leone. Dense, poorly serviced slums with people living cheek by jowl were particular hotspots. Ebola had devastating impacts on economies, lives and health-care systems.

Yet evidence of post-Ebola improvements in urban planning are hard to find. When three-quarters of a country’s urban population, such as Sierra Leone’s, live in slums and confront other pressing matters of poverty and recent conflict, de-densifying and replanning slums equates to nirvana, at least in the short term. 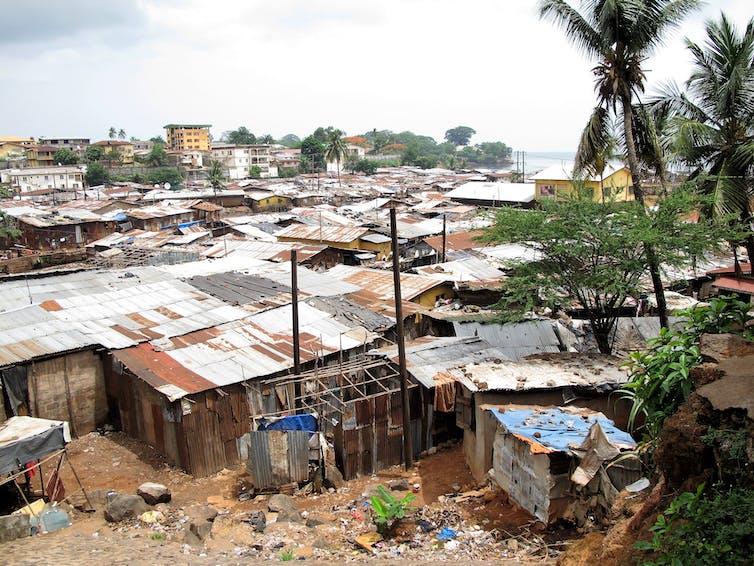 Residents of Freetown in Sierra Leone have no reason to believe this pandemic will lead to any more improvements than previous disasters did. Slum Dwellers International/Flickr, CC BY

Skin in the game

As the coronavirus pandemic has shown, self-preservation is a great incentive to action. Lockdown requires individuals to consent for it to work.

Post-disease urban improvements also correlate to self-interest. London’s infamous “Great Stink” of 1858 of untreated sewage floating in the Thames led to the world’s largest sewer system. But it only happened once the smell reached the House of Commons. Something had to be done!

Unlike the Great Stink, which didn’t waft further than the capital, the coronavirus is a global concern. The world has shown it can mobilise resources as never before to tackle a threat.

Now is the time to add slum improvements to our post-pandemic agenda. The need is great – the number of people living in slums may double to 2 billion by 2050. Given the world community’s demonstrated indifference to such places, even the confronting experience of COVID-19 might not be enough to lead to improvements.