With over 25 years’ experience working in crises across the world, I engage with aid agencies and others about how we can improve humanitarian response and build resilience.
Much of my work focuses in particular on poorer people living in fast-growing towns and cities, and how measures can be improved to reduce the impact of disasters, climate change and other crises. This often includes working to improve the quality of humanitarian aid, which has been slow to address the urban challenge. Part of this includes focusing on how designers can work with others to better understand and respond to communities at risk.
Building urban resilience and having a positive global impact are central themes to UNSW Built Environment, and this is where my research fits into the bigger picture. Despite the challenging nature of the work, the inspiration to work in this area comes from people themselves. Human beings are extraordinary - we are hardwired to be survivors.
Building:
Red Centre West Wing
Phone:
+61 42 487 1966
david.sanderson@unsw.edu.au 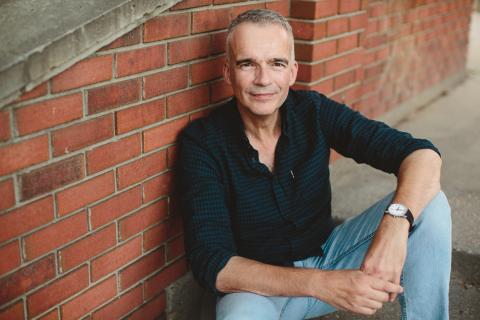 David has over 25 years experience working across the world in development and emergencies. From 1994-98 David was a Project Manager at the Oxford Centre for Disaster Studies. David worked for eight years for the NGO CARE International UK, as head of policy and subsequently Regional Manager for southern and west Africa. From 2006-2013 David was Director of CENDEP, a centre at Oxford Brookes University focusing on development and emergencies. Between 2013-14 he was a full time Visiting Professor at Harvard University, where he taught a course, 'Design for urban disaster', and from 2014-2015 was a Professor at the Norwegian University of Science and Technology (NTNU). David was appointed the Inaugural Judith Neilson Chair of Architecture at UNSW in February 2016.

David has published articles and papers concerning urban livelihoods, shelter and disaster risk reduction. He has carried out a number of assignments for NGOs and donors across the world, and in recent years has led post-disaster reviews in Haiti, Pakistan, Bangladesh, India, the Philippines and Nepal. He was editor of the 2016 IFRC World Disasters Report. David was trained in architecture and holds a Masters degree in Development Practice and a PhD in urban livelihoods and vulnerability.