At the Faculty of the Built Environment we focus on vital city research and an interdisciplinary education that is both broad and deep. My focus as Dean is to translate my diverse professional experience, that ranges from small urban projects to city-shaping strategies, into the university context for the benefit of students, academics, our industry partners and the wider community.

My fascination with the built environment stems from the simple fact that everyone engages with it every single day of their lives. Because our buildings, parks and homes shape us in so many ways, working to make our interactions with the designed world we inhabit, not only functional, but easy and pleasurable is highly fulfilling.

My overall mission for the Faculty is to build an agile platform for education, research and exchange that can respond to the changing needs of the professions while also anticipating the unknown. We will do this by developing skilled and enquiring graduates, with conscience, that can positively engage, adapt and shape our future cities for the benefit of all people and the planet. 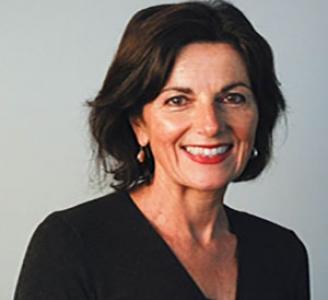 Bio:
Professor Helen Lochhead is an Australian architect, urban and landscape designer.
Prior to her appointment as Dean she held a number of influential positions in the NSW Government and the City of Sydney including including Executive Director roles at Sydney Olympic Park Authority and Sydney Harbour Foreshore Authority, and was most recently deputy NSW Government Architect.
Her career has focused on the inception, planning, design and delivery of complex multidisciplinary projects and public works ranging from a 5-year city improvements program for the City of Sydney leading up to the 2000 Olympics to major urban renewal and waterfront projects. She has been instrumental in shaping more major precincts around Sydney Harbour than most, including the transformation of Sydney Olympic Park at Homebush Bay from a sports precinct into a mixed-use community and parklands with environmental credentials that set new benchmarks. More recently she led the development of 30-year plan for the transformation of Sydney Cove, the gateway to Sydney’s CBD and was instrumental in setting a new strategic vision for Sydney Harbour.
Professor Lochhead maintains a high profile in the profession and her professional contribution has been recognized through many industry awards including AIA and AILA Urban Design and Sustainability Awards, the AIA Marion Mahony Griffin Prize, the NAWIC Vision Award for leadership in the construction industry and the AIA NSW President’s Prize.
High level appointments include the National Council of the Australian Institute of Architects, Central Sydney Planning Committee, the ACT Planning and Land Council, the NSW Heritage Council and competition juries and Design Review Panels across Australia. All are a testament to her standing in the profession.
A graduate of both the University of Sydney and Columbia University in New York Professor Lochhead’s career has combined professional practice and teaching both in Australia and the United States, as an Adjunct Professor at the University of Sydney and also as visiting academic at Harvard, MIT and Columbia Universities. In 2014-15 she was also the Lincoln/Loeb Fellow at the Graduate School of Design at Harvard University and the Lincoln Institute of Land Policy.
Research Activities:
Examined the value of design-led processes in delivering innovative solutions to complex problems. Using the Rebuild by Design competition as a case study, this research evaluated the potential of such a process to drive innovation and deliver resiliency projects and strategies that can be implemented and leveraged to have a catalytic impact on a broader scale.
Loeb Fellowship 2013-4
Harvard Graduate School of Design and Lincoln Institute of Land Policy
Fellowship research focused on innovative strategies and solutions, policies and governance models, to better design and deliver more sustainable, climate resilient and liveable waterfront cities.
This included primary research, interviews, field trips, conferences and symposia and classes Harvard Graduate School of Design (GSD), Kennedy School of Government (HKS), Harvard Business School (HBS) and Engineering and Applied Sciences (SEAS).
Courses included:
Leadership
Design thinking/new technologies
Risk and Resilience
Enterprise Risk Management
Contemporary urbanism
Awards:
Public lectures/conferences
Expert Panels

Significant projects under my direction

Significant projects under my direction