The truth behind planned obsolescence in product design
It's not just your imagination, products used to have a longer lifespan, says a UNSW industrial designer.
Monday, June 22, 2020 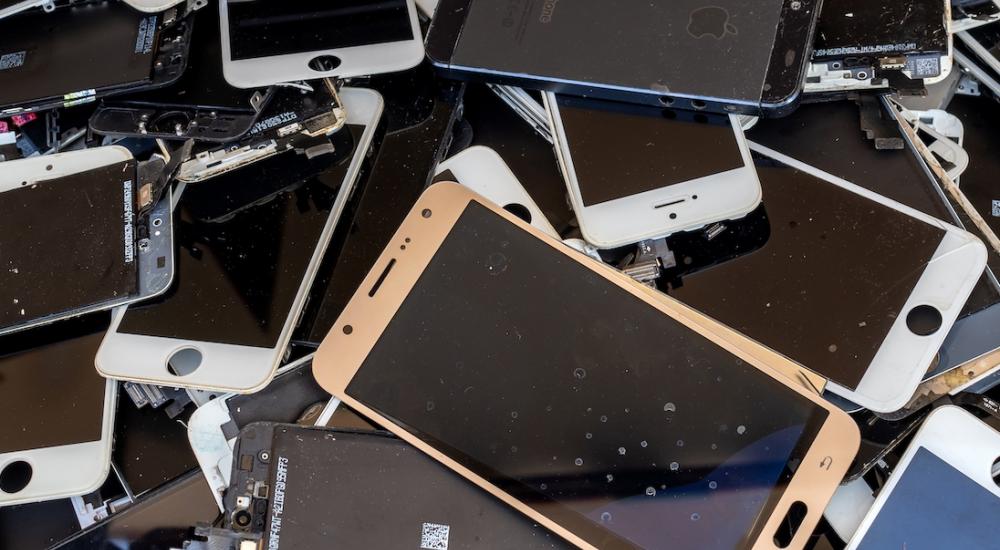 Have you only recently bought a phone, but it suddenly runs out of charge? Or is your ‘new’ laptop already on its last legs? According to a UNSW industrial design expert, it’s not your imagination – but it is more complicated than “they just don’t make them like they used to”.

“To many people, it would seem like there’s a bit of a conspiracy out there that manufacturers are making things not to last, and there is a little bit of truth in that,” says UNSW Built Environment’s Dr Miles Park.

While most products might not explicitly be engineered to fail or have an inbuilt shelf-life, manufacturers can still force obsolescence to occur, Dr Park says.

“An often-cited example is Apple, who got in trouble a few years ago where they were accused of throttling the speed of iPhones as the battery depleted, which was seen as a means to trigger an event for people to want to replace that product.”

He believes manufacturers can and should be doing more to ensure their products have a longer lifespan.

“Manufacturers always say it’s people who just want new stuff, and it’s all about them ... but we really need to turn the spotlight back on to manufacturers,” he says.

“People lament the fact that things aren’t repairable, and that things don’t seem to last as long as they used to, and they’re right.”

According to Dr Park, the three leading causes of product obsolescence are ‘matter, mind and money’.

“We tend to get rid of things just because they don’t do things as well anymore,” he says. “So, a lot of electronic waste, for instance, is still functional when it’s disposed of, it might not be as good as it once was, the battery doesn’t work as well, or a connector might not work anymore.”

Dr Park says there is not necessarily a lack of demand for product repair services, but a lack of financial incentives for manufacturers and consumers to extend a product’s life.

“Things aren’t often economical to repair, and often a replacement may be a cheaper option, especially with technology devices,” he says. “Consumer electronics have gone through a deflationary trend for some time – every time you get a new laptop, it’s twice as powerful as the previous one, but may cost a similar or lesser amount.

“However, if the provision of spare parts, repair services and the availability of information about repairability, if it is competitive, it will become economically viable for people to seek out repairs,” he says.

The future of product obsolescence

Dr Park says while many countries have made strides in product repairability as a way to slow obsolescence and reduce waste, Australia still lags.

“In the EU, new regulations are coming where companies are being required to provide spare parts and servicing information for up to 10 years in some categories of products,” he says. “We have product stewardship regulations in Australia, but that only is for recycling certain product types, televisions and computers.”

He says there are also subtle cues product manufacturers could easily build into their products about repairability, that would also be financially beneficial.

“There’s proven design and engineering strategies that enable you to produce longer life products. For example, you might offer obvious non-tool entry points for opening a product and replacing components, or you might design a product to be modular,” he says.

The aviation industry has a long-established practice for repair and refurbishment, and perhaps other industries could follow in their footsteps, he says.

“The 747 plane first came into service back in the late 1960s … to the general observer, they look the same as they probably did 30 years ago, but everything has been renewed and upgraded throughout, over time, so they have had a very long service life,” he says.

“Perhaps we could have a similar attitude too about household durables, where new business models, as well as the design and the engineering of these products, allows for things to be upgraded and repaired.”