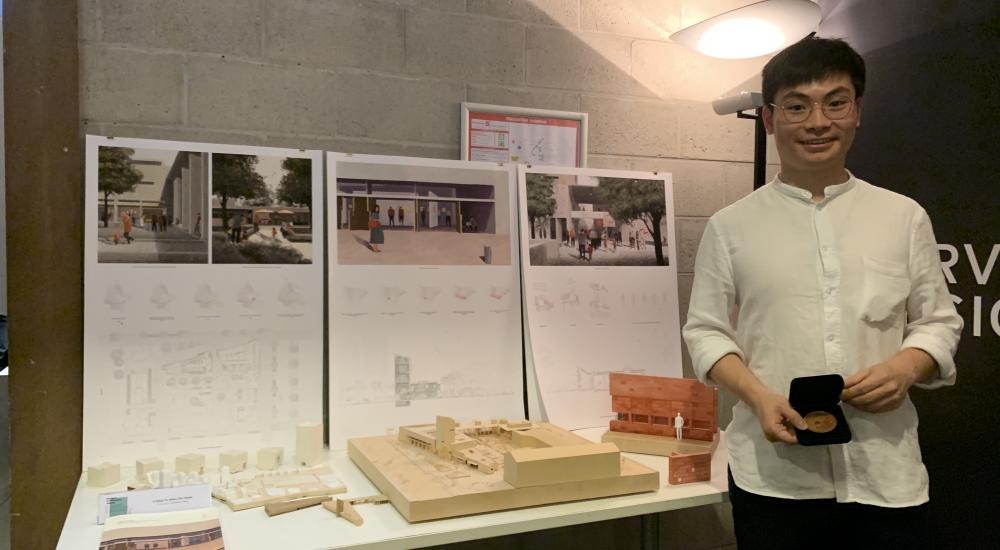 How do we accommodate increasing urban density without compromising culture and community? The answer could be simple: a design approach that places people’s experiences at the centre.

The potential of people-centred design is explored in UNSW Built Environment graduate Kimi Jiang's final-year Master of Architecture project, A Place To Share Our Hands. The project was awarded the Graduate Medal at the AIA NSW Student Awards, recognising the best student work completed last year from the four accredited schools of architecture in NSW.

It is the second year running that a UNSW Master of Architecture student in the social agency studio has received this honour.

"Architecture is more about people than about the buildings, and that's what social agency means," says Mr Jiang. "Putting the experience of people first gives you a much easier way to think about architecture, and it gives you a direction to find the best solutions to the problems they face." 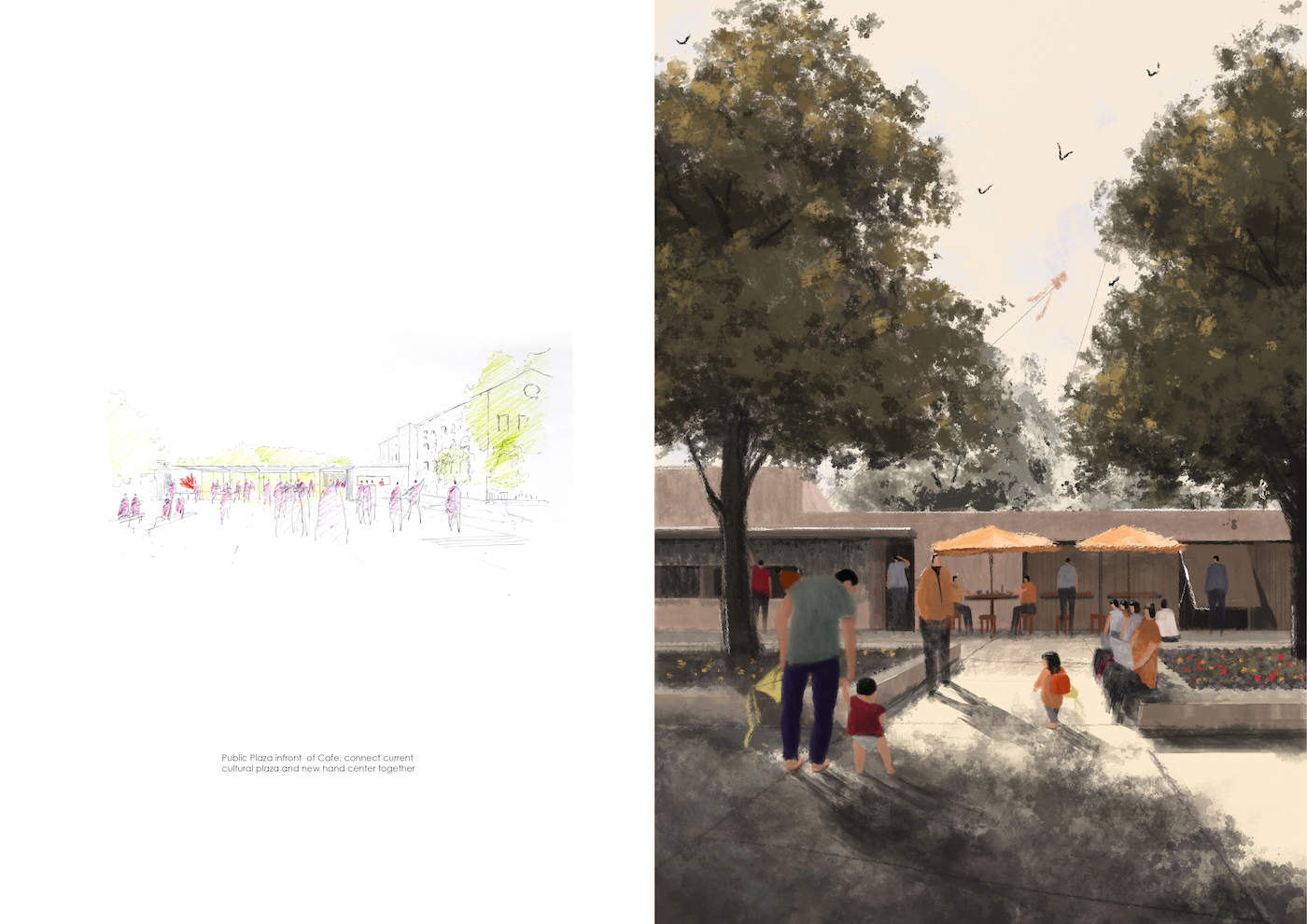 A Place To Share Our Hands takes a decidedly human approach to high-density living and interaction in one of the most culturally diverse and fastest developing areas in Sydney, Green Square.

"The isolation of migrants is a big [challenge] cities face around the world," Mr Jiang says. "From my experience as an international student, the challenge we have is language, so I wanted to see how we can solve this problem through architecture."

The project looks at how communication and social interaction is established beyond language, through the movement of hands. Making with hands is something that we all understand, as our first and most innate means of communication, says Mr Jiang.

"The first contact we have with our parents – we don't talk – but we touch their hands to feel connection," he says. "Speaking personally, in studio, [working] with [my] hands gave me a way to connect with a deeper understanding that goes beyond language, and that's what architecture [at its best] can also do." 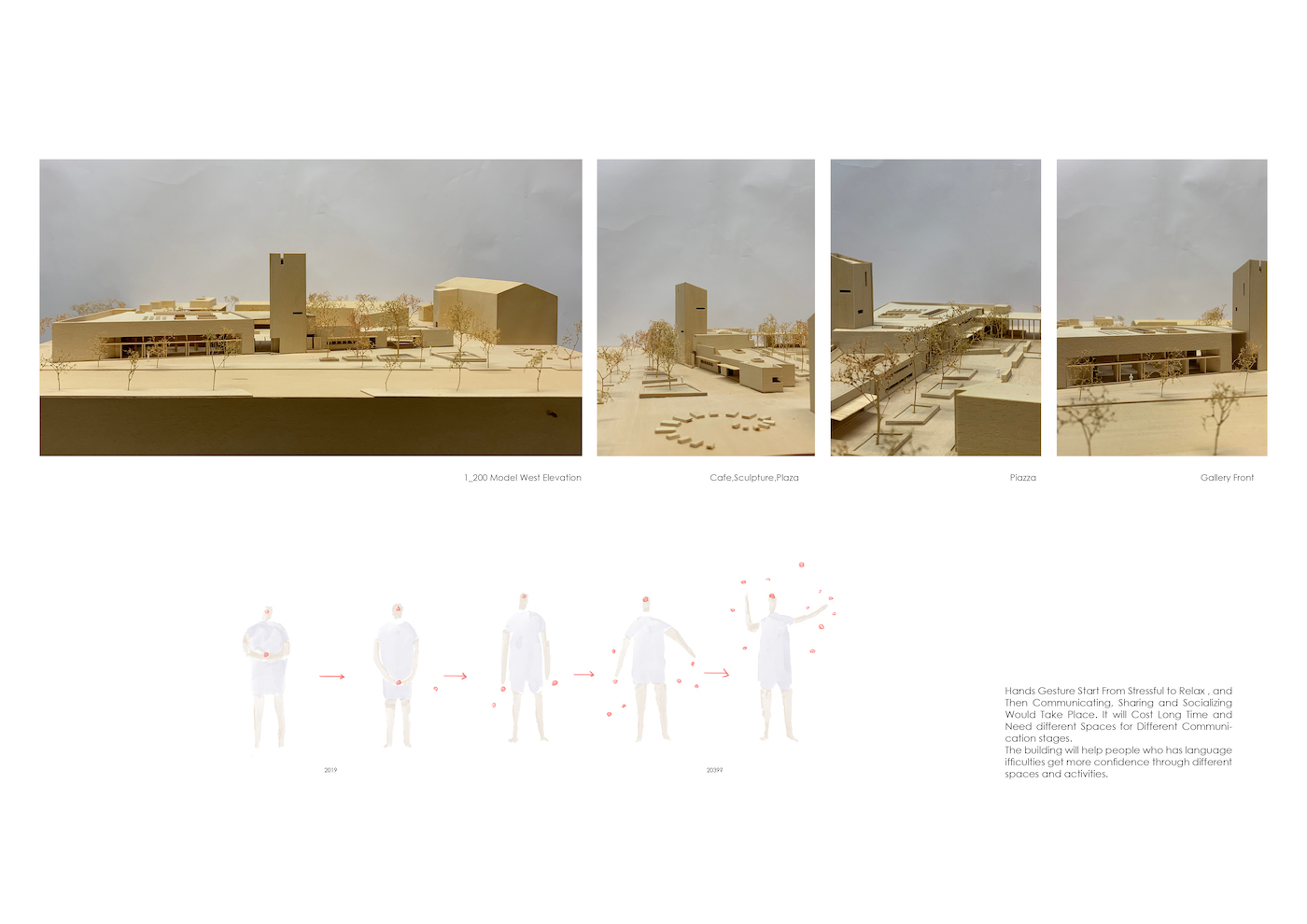 "This thoughtful project resonated in its approach to the problem of connecting people from diverse backgrounds living in high density cities, where language barriers can exist, exacerbating the feeling of isolation," said jury chair Michael Wiener, Mirvac Design.

"The jury was impressed by the well refined architectural expression of the buildings and urban spaces that enhanced human connection and belonging in our cities beyond language alone." 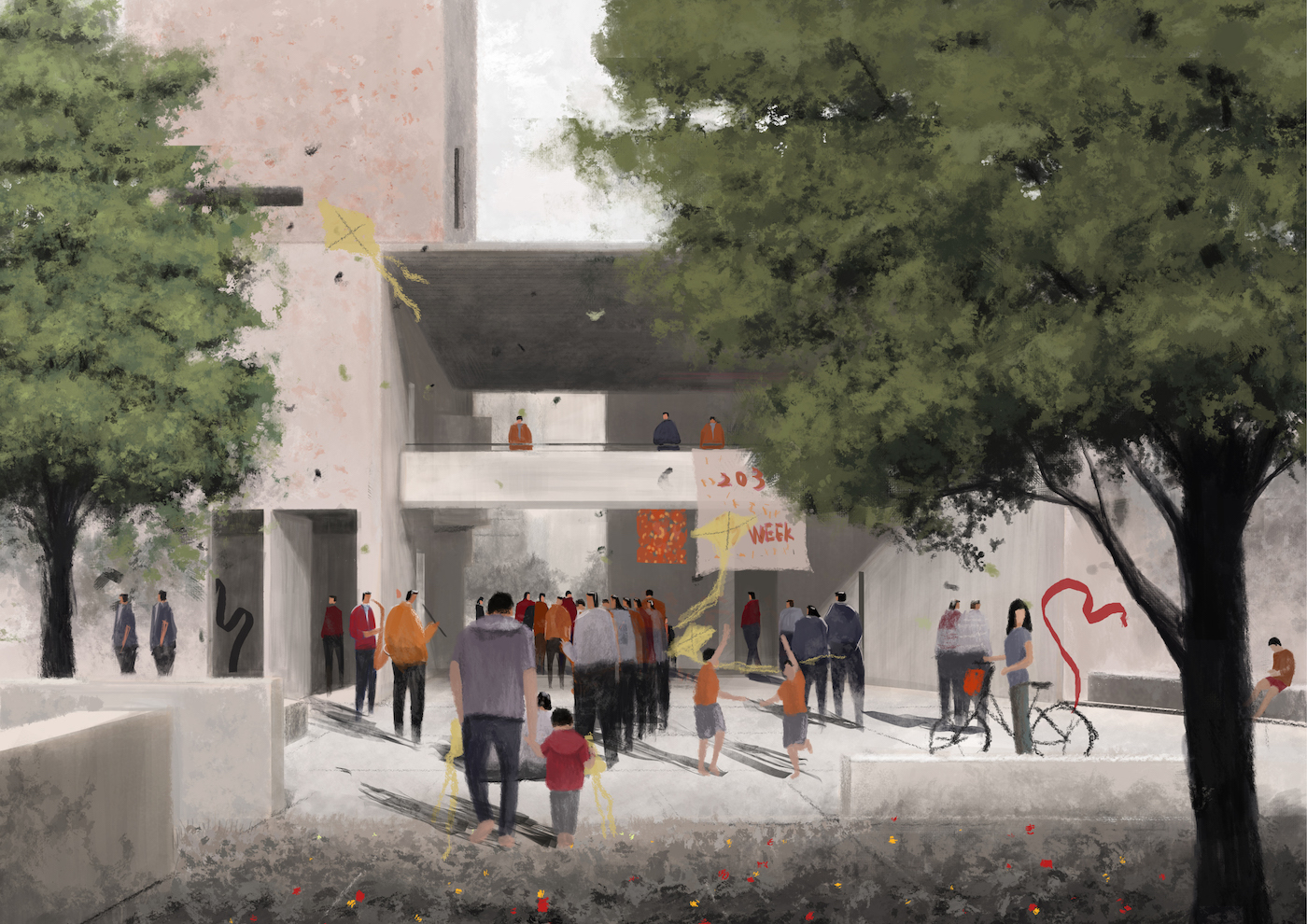 NSW Chapter President Kathlyn Loseby said: “The awards program from the Institute is one of the most rigorous and prestigious in the industry. Simply being shortlisted in the NSW Student Architecture Awards provides graduates and undergraduates with the recognition for design excellence that can be a stepping stone to an outstanding career."

Master of Architecture graduate Samuel Jones, also from the social agency studio, was one of two winners announced by the Institute for the Rafik Azam Travel Bursary. He will travel to Bangladesh to study under the esteemed architect, and visit local projects by renowned architects such as Louis Kahn, Paul Rudolf and Mazharul Islam.

Dr Philip Oldfield, Associate Professor and Director of the Architecture Program, says that UNSW students receiving acknowledgement for their designs puts them among the best in the state.

"We're delighted to see our students receive recognition for their hard work and exceptional abilities," Dr Oldfield says. "In particular, Kimi being recognised with the Graduate Medal is a reflection of his thoughtful design skills, and ability to tell a story through evocative drawings, models and illustrations."

“We're really excited that our approach, which is essentially that great design comes from listening to and engaging with people, has been recognised by these awards,” Professor Sanderson says. "Kimi is an exceptional designer, and his project is a fantastic example of the potential for people-centred and inclusive design to address the key challenges of our future cities,"

View all the winners from the 2020 NSW Student Architecture Awards